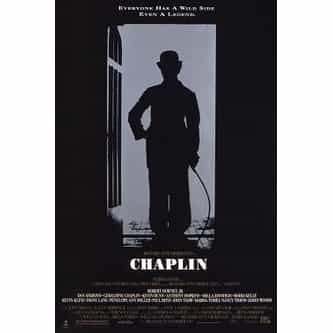 Tagline
Everyone has a wild side. Even a legend.

Chaplin is a 1992 British-American biographical comedy-drama film about the life of British comedian Charlie Chaplin. It was produced and directed by Richard Attenborough and stars Robert Downey, Jr., Marisa Tomei, Dan Aykroyd, Penelope Ann Miller, and Kevin Kline. It also features Geraldine Chaplin in the role of her own paternal grandmother, Hannah Chaplin. The film was adapted by William Boyd, Bryan Forbes and William Goldman from the books My Autobiography by Chaplin and Chaplin: His ... more on Wikipedia

Chaplin IS LISTED ON