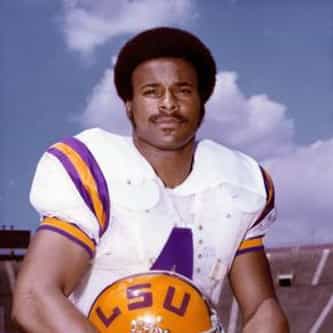 Charles Fred Alexander Jr. (born July 28, 1957) is a former professional American football player who was a running back in the National Football League (NFL) for seven seasons with the Cincinnati Bengals. He played college football for Louisiana State University (LSU) and twice received consensus All-America honors, and he was later inducted into the College Football Hall of Fame. He was a first-round pick in the 1979 NFL draft by the Bengals. ... more on Wikipedia

Charles Alexander IS LISTED ON