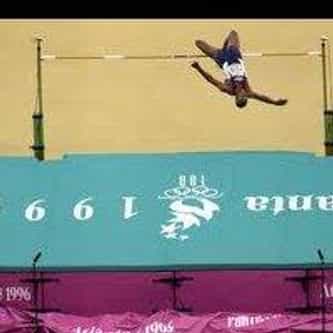 Charles Allen Austin (born December 19, 1967) is an American athlete who won the gold medal in the men's high jump at the 1996 Summer Olympics in Atlanta. He was inducted into the United States Track & Field Hall of Fame in 2012. Currently, Charles and Javier Sotomayor are the only two high jumpers that have won gold medals in the Olympics, Outdoor World Championships, Indoor World Championships and World Cup Championships. ... more on Wikipedia

Charles Austin IS LISTED ON