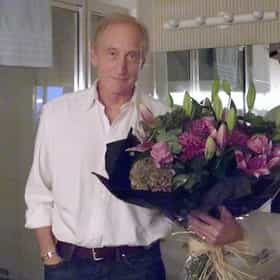 Walter Charles Dance, (born 10 October 1946) is an English actor, screenwriter, and film director. Some of his highest profile roles are Tywin Lannister in HBO's Game of Thrones (2011–2015), Guy Perron in The Jewel in the Crown (1984), Sardo Numspa in The Golden Child (1986), Jonathan Clemens in Alien 3 (1992), Benedict in Last Action Hero (1993), the Master Vampire in Dracula Untold (2014), Lord Havelock Vetinari in Terry Pratchett's Going Postal (2010), Alastair Denniston in The Imitation Game (2014), and Emperor Emhyr var Emreis in The Witcher 3: Wild Hunt (2015). Most recently, he played Alan Jonah in Godzilla: King of the Monsters. ... more on Wikipedia

Charles Dance is ranked on...

#559 of 1,151 The Best Actors in Film History 2.2M VOTES The best actors ever are ranked here in this list of the best actors in film history. These are the greatest actors ever to ...
#87 of 115 The Best English Actors of All Time 78.6k VOTES Some of the best actors of all time hail from England, and whether you love these English men for their acting talents or ju...
#9 of 12 Game of Thrones Actors Who Have Been in Romcoms 443 VOTES Ah, it’s time to leave the “t*ts and dragons” behind and enjoy a little romantic comedy brought to you by the heroes and vil...
Absolutely Insane Things Actors Did To Prepare For Big Roles 9.5k VIEWS Would you learn how to cook meth if your job asked you to? What if they wanted you to skin a deer?  The greatest perfo...
Famous Tall Men Over 6'2 444.6k VIEWS Some of the tallest men in Hollywood may not seem so on your screen. Paired alongside other tall actors, shorts actors weari...
#5 of 52 The Best Game of Thrones Actors 22.7k VOTES Perhaps it should come as no surprise that there are a slew of award-winning actors in the Game of Thrones cast. T...
#24 of 24 How the Cast of Game of Thrones Aged from the First to Last Season 20.5k VOTES From fighting white walkers to angling for a seat on the Iron Throne, viewers have been on the edge of their seats while wat...
Famous People Named Charlie or Charles 110.7k VIEWS If your name is Charles, then you're in some great company. Here's our list of the most famous people named Charlie, includi...
Famous People Who Don't Like Game of Thrones 86.4k VIEWS It seems like just about everyone you know is absolutely obsessed with Game of Thrones. Already six seasons in, the show sti...
Cool Pics Of The 'Game Of Thrones' Cast When They Were Young 114.4k VIEWS Many of the excellent actors who make up the Game of Thrones cast have been performing and honing their craft for a very lon...
A Look Back on Game of Thrones Actors in '90s Movies 103.8k VIEWS Want to see Game of Thrones characters when they were young? Many of them starred in '90s films, back when they weren’t alwa...

Charles Dance is also found on...