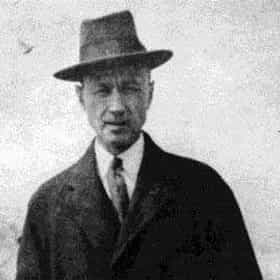 Charles Edward Ives (; October 20, 1874 – May 19, 1954) was an American modernist composer, being one of the first American composers of international renown. Previously, his music was largely ignored during his life, and many of his works went unperformed for many years, but later the quality of his music was recognized and he came to be regarded as an "American original". He was also among the first composers to engage in a systematic program of experimental music, with musical techniques including polytonality, polyrhythm, tone clusters, aleatory elements, and quarter tones. His experimentation foreshadowed many musical innovations that were later more widely adopted ... more on Wikipedia

Charles Ives is ranked on...

#963 of 2,175 The Greatest Musical Artists of All Time 13.4M VOTES When VH1 polled fellow artists to name the greatest artists of all time, it seemed like a good idea---but in reality, the li...
#136 of 362 People who voted for Charles Ives... also upvote James Bond Franchise on Every James Bond Movie, Ranked Best to Worst also upvote Dark Knight Franchise on The Best Movies of All Time The Best Classical Composers 162.9k VOTES The best classical composers of all time ranked from best to worst. These classical composers are some of the best musicians...
#57 of 100 The Best Musical Artists From Connecticut 537 VOTES Here are the best artists and bands from Connecticut. Whether you like indie rock or synthpop, there is something for everyo...

Charles Ives is also found on...