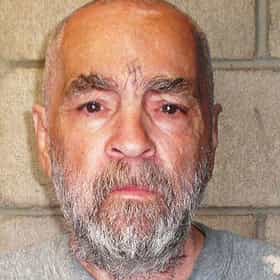 Charles Milles Manson (né Maddox, November 12, 1934 – November 19, 2017) was an American criminal and cult leader. In mid-1967, he formed what became known as the Manson Family, a quasi-commune based in California. Manson's followers committed a series of nine murders at four locations in July and August 1969. According to the Los Angeles County district attorney, Manson plotted to start a race war, though he and others involved long disputed this motive. In 1971, he was convicted of first-degree murder and conspiracy to commit murder for the deaths of seven people. Although the prosecution conceded that Manson never literally ordered the murders, they contended that his ... more on Wikipedia

Details In 'Once Upon a Time In Hollywood ' That Were Actually True 8.8k views Like many of Quentin Tarantino's recent films, Once Upon a Time In Hollywood shouldn't be considered a true story. If you at...
10 Strangest Charles Manson Quotes 308.6k views This list of Charles Manson quotes includes some of the strangest Manson quotes ever to be uttered by the notorious cult lea...
14 Facts About Vincent Bugliosi, The Man Who Literally Wrote The Book On Charles Manson 5.8k views Lawyer, author, and outspoken political commentator Vincent Bugliosi became inextricably connected to the infamous Charles M...

Charles Manson is ranked on...

Charles Manson is also found on...