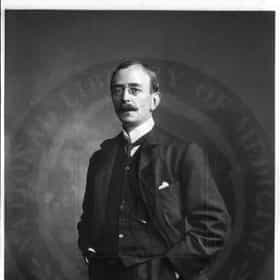 Sir Charles Scott Sherrington (27 November 1857 – 4 March 1952) was an English neurophysiologist, histologist, bacteriologist, and a pathologist, Nobel laureate and president of the Royal Society in the early 1920s. He received the Nobel Prize in Physiology or Medicine with Edgar Adrian, 1st Baron Adrian, in 1932 for their work on the functions of neurons. Prior to the work of Sherrington and Adrian, it was widely accepted that reflexes occurred as isolated activity within a reflex arc. Sherrington received the prize for showing that reflexes require integrated activation and demonstrated reciprocal innervation of muscles (Sherrington's law). Through his seminal 1906 publication, The ... more on Wikipedia