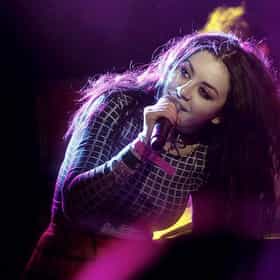 Charlotte Emma Aitchison, better known by her stage name Charli XCX, is an English singer and songwriter. In 2007, at the age of 14, Charli began recording her debut album on a loan granted by her parents. In 2008, she began posting songs from the album on her official Myspace. This caught the attention of a man named Chaz, who was running numerous illegal warehouse raves in London, which became her first true gigs. On 12 June 2012, Charli released her first original mixtape, titled Heartbreaks and Earthquakes, a one-track file consisting of eight songs. A second mixtape, titled Super Ultra was released in November of the same year. Charli's second studio album and debut major-label ... more on Wikipedia

Charli XCX is ranked on...

Charli XCX is also found on...