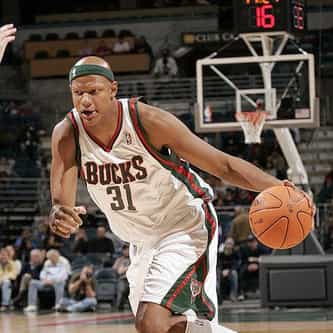 Charlie Alexander Villanueva (born August 24, 1984) is a Dominican-American former professional basketball player who last played for the Dallas Mavericks of the National Basketball Association (NBA). The son of immigrants from the Dominican Republic, Roberto Villanueva and Dora Mejia, Villanueva was raised in Elmhurst, Queens, New York. He was drafted at the age of 20 with the seventh overall pick in the 2005 NBA draft by the Toronto Raptors. He also holds Dominican citizenship and has ... more on Wikipedia

Charlie Villanueva IS LISTED ON