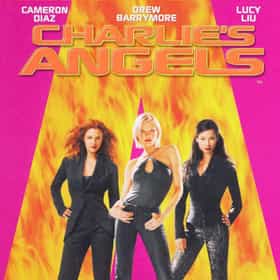 Charlie's Angels is a 2000 American action comedy film directed by McG, starring Cameron Diaz, Drew Barrymore and Lucy Liu as three women working for a private investigation agency. The film is based on the television series of the same name from the late 1970s, which was adapted by screenwriters Ryan Rowe, Ed Solomon, and John August. Co-produced by Tall Trees Productions and Flower Films, Charlie's Angels was distributed by Columbia Pictures, and co-starred Bill Murray as Bosley, with John Forsythe reprising his role from the original TV series as the unseen Charlie's voice. Making cameo appearances are Tom Green, who dated Drew Barrymore at the time of the making of this film, and ... more on Wikipedia

Charlie's Angels is ranked on...

Charlie's Angels is also found on...