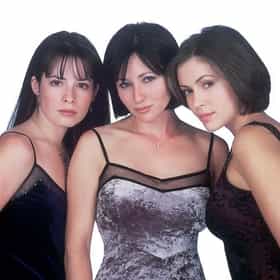 Charmed is an American television series created by Constance M. Burge and produced by Aaron Spelling and his production company Spelling Television, with Brad Kern serving as showrunner. The series was originally broadcast by The WB for eight seasons from October 7, 1998, until May 21, 2006. The series narrative follows three sisters, known as The Charmed Ones, the most powerful good witches of all time, whose prophesied destiny is to protect innocent lives from evil beings such as demons and warlocks. Each sister possesses unique magical powers that grow and evolve, while they attempt to maintain normal lives in modern day San Francisco. Keeping their supernatural identities separate ... more on Wikipedia

The Best Charmed Episodes of All Time 12.5k votes List of the best Charmed episodes, as determined by voters like you. Following the lives of witches, Charmed debuted in 19...
The Best Seasons of Charmed 3k votes Ranking of the best seasons of Charmed, listed from best to worst with poster images when available. People who are fanatics...

Charmed is ranked on...

Charmed is also found on...