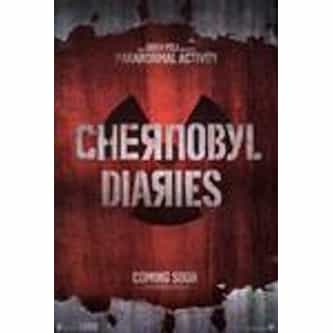 Chernobyl Diaries is a 2012 American disaster horror film directed by Brad Parker and produced by Oren Peli, who also wrote the story. It stars Jesse McCartney, Jonathan Sadowski, Devin Kelley, Olivia Taylor Dudley, Nathan Phillips, Ingrid Bolsø Berdal, and Dimitri Diatchenko. It was shot on locations in Pripyat, Hungary and Serbia. Pripyat remains a part of the exclusion zone but tours are allowed to be taken all through there. Tours are now allowed through and around some ... more on Wikipedia

Chernobyl Diaries IS LISTED ON