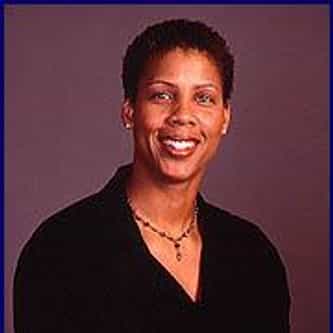 Cheryl D. Miller (born January 3, 1964) is the women's basketball coach at Cal State LA and a former college basketball player and sportscaster for TNT. She was formerly a sideline reporter for NBA games on TNT Sports and also works for NBA TV as a reporter and analyst, having worked previously as a sportscaster for ABC Sports, TBS Sports, and ESPN. She was also head coach and general manager of the WNBA's Phoenix Mercury. In 1995, Miller was enshrined in the Naismith Memorial Basketball ... more on Wikipedia

Cheryl Miller IS LISTED ON