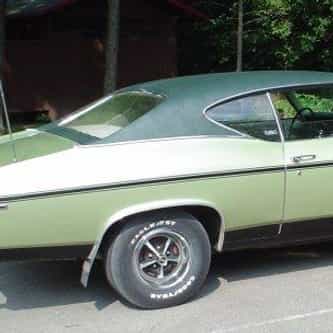 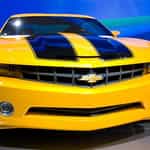 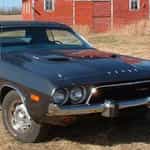 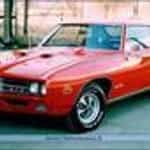 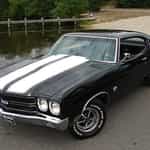 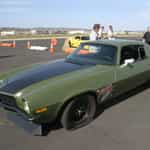 The Chevrolet Chevelle is a mid-sized automobile which was produced by the Chevrolet division of General Motors in three generations for the 1964 through 1977 model years. Part of the GM A-Body platform, the Chevelle was one of Chevrolet's most successful nameplates. Body styles include coupes, sedans, convertibles and station wagons. Super Sport versions were produced through the 1973 model year, and Lagunas from 1973 through 1976. After a three-year absence, the El Camino was ... more on Wikipedia

Chevrolet Chevelle IS LISTED ON

#8 of 73
70.2k VOTES The Best 1960s Cars People who voted for Chevrolet Chevelle on this list also upvote Vacation Franchise on The Absolute Most Hilarious Movies Ever Made
#38 of 56
13.2k VOTES Dream Cars You Wish You Could Afford Today
#24 of 30
1.1k VOTES The Best Project Cars For Beginners And Expert Mechanics
40k VIEWS All James Bond Cars
Full List of General Motors Models Full List of Chevrolet Models