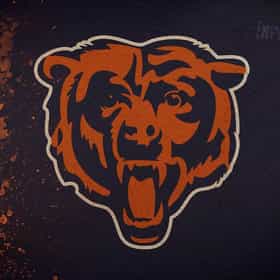 The Chicago Bears are a professional American football team in Chicago, Illinois. They are members of the NFC North Division of the National Football League. The Bears have won nine NFL Championships and one Super Bowl and hold the NFL record for the most enshrinees in the Pro Football Hall of Fame and the most retired jersey numbers. The Bears have also recorded more regular season and overall victories than any other NFL franchise. The franchise was founded in Decatur, Illinois, in 1919, and moved to Chicago in 1921. It is one of only two remaining franchises from the NFL's founding. The team played home games at Wrigley Field on Chicago's North Side through the 1970 season; they now ... more on Wikipedia

Chicago Bears is ranked on...