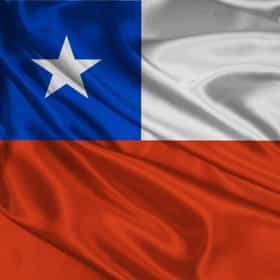 Chile, officially the Republic of Chile, is a American country in the south-west point of South America occupying a long, narrow strip of land between the Andes mountains to the east and the Pacific Ocean to the west. It borders Peru to the north, Bolivia to the northeast, Argentina to the east, and the Drake Passage in the far south. Chilean territory includes the Pacific islands of Juan Fernández, Salas y Gómez, Desventuradas, and Easter Island in Oceania. Chile also claims about 1,250,000 square kilometres of Antarctica, although all claims are suspended under the Antarctic Treaty. Chile's northern desert contains great mineral wealth, principally copper. The ... more on Wikipedia

Chile is ranked on...

Chile is also found on...