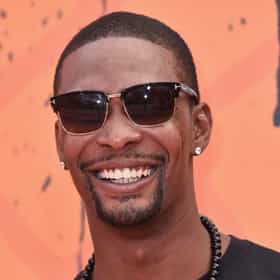 Christopher Wesson Bosh (born March 24, 1984) is an American former professional basketball player. A high school "Mr. Basketball" in Texas, Bosh left Georgia Tech after one season to enter the 2003 NBA draft. He was selected fourth overall by the Toronto Raptors in a draft class that included multiple future NBA superstars such as LeBron James, Dwyane Wade and Carmelo Anthony. While at Toronto, Bosh became a five-time NBA All-Star, was named to the All-NBA Second Team once, played for the U.S. national team (with whom he won a gold medal at the 2008 Summer Olympics), and supplanted former fan favorite Vince Carter as the face and leader of the Raptors franchise. In the ... more on Wikipedia

Chris Bosh is ranked on...

Chris Bosh is also found on...