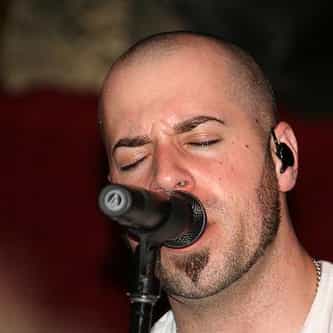 Christopher Adam Daughtry (born December 26, 1979) is an American singer, songwriter and actor. He is known as the lead vocalist and rhythm guitarist for the rock band Daughtry and as the fourth-place contestant on the fifth season of American Idol. After his elimination from Idol, he was given a record deal by RCA Records and formed a band called Daughtry. Their self-titled debut album became the fastest selling debut rock album in Nielsen SoundScan history, selling more than one million ... more on Wikipedia

Chris Daughtry IS LISTED ON

#273 of 695
1.2M VOTES The Best Rock Vocalists
#440 of 511
3.4M VOTES Celebrities Nobody Cares About Anymore
#4 of 161
96.8k VOTES The Best American Idol Contestants Ever People who voted for Chris Daughtry on this list also upvote Star Wars Franchise on The Best Movies of All Time
#502 of 524
1.2M VOTES Annoying Celebrities Who Should Just Go Away Already
400.3k VIEWS 275+ Celebrities with Twin Children
#9 of 100
1.3k VOTES Who Is The Most Famous Chris In The World?
42.4k VIEWS 19 Famous People Who Used a Surrogate Mother
Famous People From North Carolina RCA Records Complete Artist Roster Famous People Born in 1979