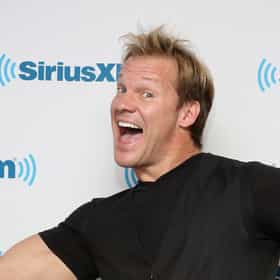 Christopher Keith Irvine (born November 9, 1970), better known by his ring name Chris Jericho, is an American-born Canadian professional wrestler, musician, author, and actor, currently signed to All Elite Wrestling (AEW). In professional wrestling, he is best known for appearances in WWE between 1999 and 2018. Noted for his over-the-top, rock star persona, Jericho has been named by journalists and industry colleagues as one of the greatest professional wrestlers of all time. During the 1990s, Jericho performed for the American organizations Extreme Championship Wrestling (ECW) and World Championship Wrestling (WCW), as well as for international promotions in countries such as Canada, ... more on Wikipedia

Chris Jericho is ranked on...

Chris Jericho is also found on...