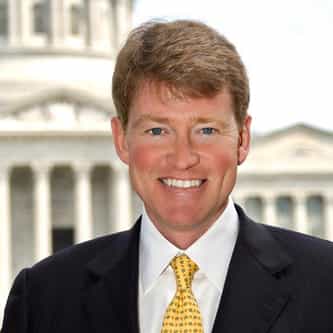 Chris Koster (born August 31, 1964) is an American attorney and politician who served as the 41st Attorney General of Missouri, from 2009 to 2017. Before he was elected attorney general, he had served in the Missouri Senate as a Republican until August 1, 2007, when he switched to the Democratic Party.He was the Democratic nominee for Governor of Missouri in the 2016 election in which he was defeated by Republican nominee Eric Greitens in the general election. ... more on Wikipedia

Chris Koster IS LISTED ON