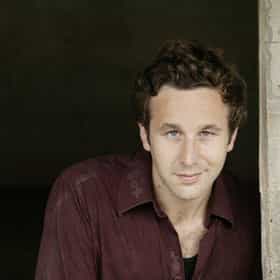 Christopher O'Dowd (born 9 October 1979) is an Irish actor and comedian, best known for his television roles such as Miles Daly in the Epix comedy series Get Shorty and Roy Trenneman in the Channel 4 comedy The IT Crowd. O'Dowd created and starred in the Sky 1 television series Moone Boy, which aired between 2012 and 2015, earning O'Dowd Irish Film and Television Award nominations in acting, writing and directing. He had a recurring role on the comedy-drama series Girls. Thanks to his role in the British comedy TV series State of the Union, he was nominated for a Primetime Emmy Award. O'Dowd is also known for his film roles, including Bridesmaids (2011), This Is 40 (2012), The ... more on Wikipedia

Chris O'Dowd is ranked on...

Chris O'Dowd is also found on...