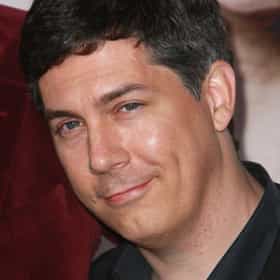 Thomas Christopher "Chris" Parnell (; born February 5, 1967) is an American actor, voice artist, comedian and singer. He was a cast member on Saturday Night Live from 1998 to 2006 and played the role of Dr. Leo Spaceman on 30 Rock. In animation, he voices Cyril Figgis on the FX series Archer, Jerry Smith on Adult Swim's Rick and Morty and the narrator on the PBS series WordGirl. He also voices "The Progressive Box" in a series of advertisements by the Progressive Corporation. ... more on Wikipedia

Chris Parnell is ranked on...

#53 of 70 People who voted for Chris Parnell... People Age 30 to 49 are 3x more likely to vote for this The Most Successful Saturday Night Live Alumni 51.7k VOTES This list of the most successful Saturday Night Live alumni in the show’s history, has been ranked by SNL fans. In the 40+ s...
#15 of 30 The Best SNL Cast Members of the '00s 4.7k VOTES Saturday Night Live in the 2000s saw a lot of watershed events. The 2000 presidential election figured heavy in sketc...
'90s SNL Favorites: Where Are They Now? 34.5k VIEWS Back in the old timey days of the '90s, Saturday Night Live was a hotbed for funny people. Yes, tweens, people were alive ba...
Famous Groundlings Members and Alumni 14.8k VIEWS List of Famous Groundlings Members ranked by fame and popularity. The Groundlings are a famous improv and sketch comedy grou...
#27 of 100 Who Is The Most Famous Chris In The World? 1.3k VOTES How many celebrities named Chris can you think of? The famous Chris's below have many different professions, as this li...
Actors in the Most Judd Apatow Movies 9.9k VIEWS These are the actors who have been in the most Judd Apatow movies, ranked by number of appearances. Judd Apatow reinvented t...

Chris Parnell is also found on...