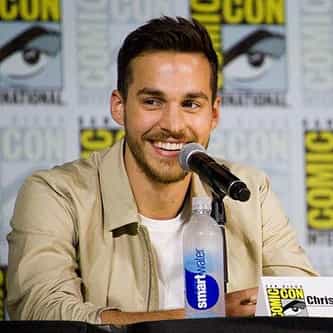 Christopher Charles Wood (born April 14, 1988) is an American actor. He is known for his role as Malachai Parker in the sixth season of The CW's television series The Vampire Diaries in 2014, after previously appearing on The CW's The Carrie Diaries in the role of writer Adam Weaver in 2013. He also starred in the 2016 CW television series Containment in the leading role of Atlanta police officer Jake Riley. Since 2016, he has played Mon-El on The CW superhero drama series Supergirl. ... more on Wikipedia

Chris Wood IS LISTED ON