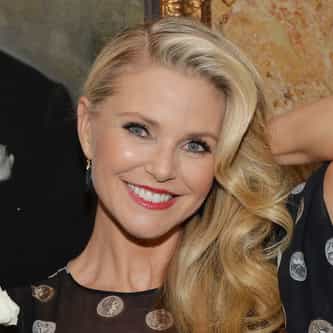 Christie Brinkley (born February 2, 1954) is an American model, actress and entrepreneur. Brinkley gained worldwide fame with her appearances in the late 1970s Sports Illustrated Swimsuit Issues, ultimately appearing on an unprecedented three consecutive covers starting in 1979. She spent twenty-five years as the face of CoverGirl, has appeared on over 500 magazine covers, and has signed contracts with major brands—both fashion and non-fashion. Brinkley went on to work as an actress, ... more on Wikipedia

Christie Brinkley IS LISTED ON