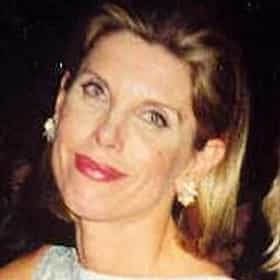 Christine Jane Baranski (born May 2, 1952) is an American actress, singer, and producer. She is a 15-time Emmy Award nominee, winning once in 1995 for Outstanding Supporting Actress in a Comedy Series for her role as Maryanne Thorpe in the sitcom Cybill (1995–98). Baranski has received further critical acclaim for her performance as Diane Lockhart in the legal drama series The Good Wife (2009–2016) and its spinoff series The Good Fight (2017–present), as well as her recurring role as Dr. Beverly Hofstadter in the sitcom The Big Bang Theory (2009–2019) for which she has received four Emmy nominations. She is also known for her roles in numerous successful TV Films, most notably her ... more on Wikipedia

Christine Baranski is ranked on...

#651 of 942 The Best Actresses in Film History 1.1M VOTES The best actresses ever are ranked here in this list of the best actresses in film history. These are the greatest actresses...
#729 of 2,003 The Greatest Actors & Actresses in Entertainment History 1.7M VOTES The best actors and actresses of all time, male and female, ranked by film fans worldwide. This list of greatest actors and ...
#187 of 228 The Best Living American Actresses 167.6k VOTES It takes a lot to make a movie great. There has to be excellent writing, production, direction, editing, and of course, acti...
#102 of 331 The Best Actresses Working Today 387.9k VOTES List of the best actresses working today, ranked. This list includes many of the greatest actresses in film history, but mor...
#257 of 381 The Best American Actresses Working Today 193.7k VOTES There have been plenty of great American actresses throughout film history, but which female American actresses working toda...
#5 of 29 The Biggest Snubs Of The 2019 Emmys 341 VOTES The 71st Primetime Emmy Award nominations are in and even though many great shows and awesome performances were recognized, ...
Celebrities Who Have Starred on Broadway 12.5k VIEWS Most actors don't just stick to the screen. What celebrities have also been in Broadway plays? The celebrities on this list,...
Lifetime Movies Actors and Actresses 14.9k VIEWS Lifetime Movies employs a wide range of actors -most of which you will recognize from more than just TV movies. Lifetime act...
#16 of 18 The Best Frasier Actors 401 VOTES The Frasier cast is among those who are likely to go down in history for creating a show that's always hysterical, no matter...
#15 of 15 How The Cast Of 'The Big Bang Theory' Aged From The First To Last Season 29.9k VOTES From hanging out at the apartment to working at Caltech, viewers laughed along while watching the cast of The Big Bang Theor...
50+ Actors Who Have Done Shakespeare in the Park 7.6k VIEWS Shakespeare in the Park festivals are popular all over the world. In cities like New York City, several famous actors and ac...

Christine Baranski is also found on...