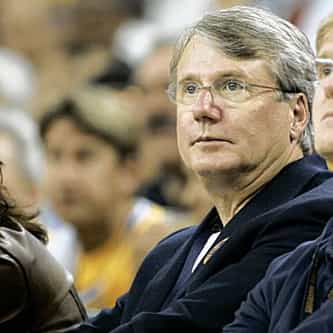 Christopher J. Cohan (born January 2, 1950 in Hanford, California) is the former owner of the Golden State Warriors of the NBA. He assumed control of the team in October 1994 prior to the 1994-95 season for a reported fee totaling at $130 million and helped renovate the Warriors' arena (now known as the Oracle Arena). Under Cohan's ownership, however, the team experienced only two winning seasons and one trip to the playoffs, out of fifteen total seasons. Cohan had founded Sonic ... more on Wikipedia

Chris Cohan IS LISTED ON