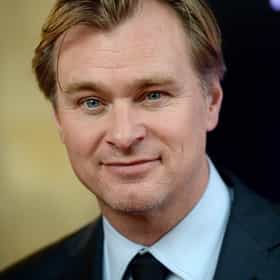 Christopher Edward Nolan, (born 30 July 1970) is an English-American film director, screenwriter, and producer, who is known for making personal, distinctive films within the Hollywood mainstream. He has been called "one of the ultimate auteurs."Having made his directorial debut with Following (1998), Nolan gained considerable attention for his second feature Memento (2000). He made the transition from independent to studio filmmaking with Insomnia (2002), and found further critical and commercial success with The Dark Knight Trilogy (2005–2012), The Prestige (2006), Inception (2010), Interstellar (2014), and Dunkirk (2017). Nolan has co-written several of his films with his ... more on Wikipedia

Christopher Nolan is ranked on...

Christopher Nolan is also found on...