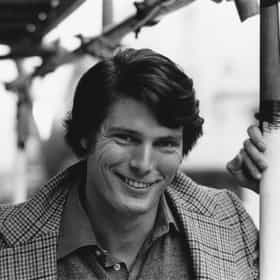 Christopher D'Olier Reeve (September 25, 1952 – October 10, 2004) was an American actor who played DC comic book superhero Superman, beginning with the acclaimed Superman (1978), for which he won a BAFTA Award. Reeve appeared in other critically acclaimed films such as The Bostonians (1984), Street Smart (1987) and The Remains of the Day (1993). He received a Screen Actors Guild Award and a Golden Globe Award nomination for his performance in the television remake of Rear Window (1998). On May 27, 1995, Reeve was left quadriplegic after being thrown from a horse during an equestrian competition in Culpeper, Virginia. He used a wheelchair and needed a portable ventilator to breathe for ... more on Wikipedia

Christopher Reeve is ranked on...

Christopher Reeve is also found on...