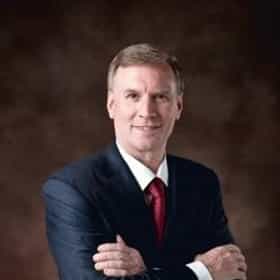 Charles Obadiah "Chuck" Baldwin (born May 3, 1952) is an American politician, radio host, and founder-former pastor of Crossroad Baptist Church in Pensacola, Florida. As of July 2014 he was pastor of Liberty Fellowship in Kalispell, Montana. He was the presidential nominee of the Constitution Party for the 2008 U.S. presidential election and had previously been its nominee for U.S. vice president in 2004. He hosts a daily one-hour radio program, Chuck Baldwin Live, and writes a daily editorial column carried on its website, on VDare and was formerly carried on the News with Views site. As a Republican Party member, Baldwin was state chairman of the Florida Moral Majority in ... more on Wikipedia

Chuck Baldwin is also found on...