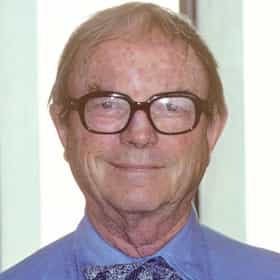 Charles Martin Jones (September 21, 1912 – February 22, 2002) was an American animator, filmmaker, cartoonist, author, artist, and screenwriter, best known for his work with Warner Bros. Cartoons on the Looney Tunes and Merrie Melodies shorts. He wrote, produced, and/or directed many classic animated cartoon shorts starring Bugs Bunny, Daffy Duck, Wile E. Coyote and the Road Runner, Pepé Le Pew, Porky Pig, Michigan J. Frog, the Three Bears, and a slew of other Warner characters. After his career at Warner Bros. ended in 1962, Jones started Sib Tower 12 Productions, and began producing cartoons for Metro-Goldwyn-Mayer, including a new series of Tom and Jerry shorts and the ... more on Wikipedia

Chuck Jones is ranked on...

#168 of 783 People who voted for Chuck Jones... also upvote James Bond Franchise on Every James Bond Movie, Ranked Best to Worst also upvote Star Trek Franchise on The Greatest Sci-Fi Movies of All Time The Greatest Directors In Movie History 305.2k VOTES List of the greatest directors in movie history, who are most deserving of Academy Awards and critical recognition. The list...
#3 of 20 Check Out These Letterhead Designs Famous People Used Throughout History 1.6k VOTES We’ve all seen letterheads before—the text and design at the top of a letter—but we rarely stop to think about it. This roun...
Famous People Whose Last Name Is Jones 18.5k VIEWS Being a fairly common name, it's no surprise there are a lot of famous people with the last name Jones. Do you recognize all...
And The (Honorary) Academy Award Goes To ... 284 VIEWS All honorary Oscar recipients have achieved the ultimate recognition in Hollywood. From the first ceremony in 1929, the Acad...

Chuck Jones is also found on...