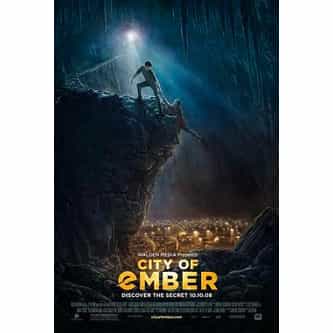 City of Ember is a 2008 American science fiction fantasy film based on the 2003 novel The City of Ember by Jeanne DuPrau. It was directed by Gil Kenan from a screenplay by Caroline Thompson, and stars Saoirse Ronan, Harry Treadaway, Bill Murray, Martin Landau, Mary Kay Place, Toby Jones and Tim Robbins. It was released in October 2008, just two months after the release of the final book in the series; The Diamond of Darkhold. The film received mixed reviews from critics and was a box ... more on Wikipedia

City of Ember IS LISTED ON