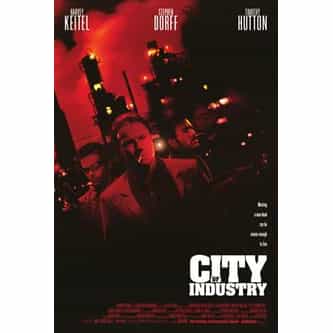 Tagline
A bad place to live
a worse place to die.
Wanting a man dead can be reason enough to live.

City of Industry is a 1997 neo-noir crime film starring Harvey Keitel, Stephen Dorff and Timothy Hutton. It is directed by John Irvin, produced by Evzen Kolar and Ken Solarz and written by Solarz. The movie also features some of the earlier appearances of actresses Famke Janssen and Lucy Liu, who later rose to fame in the X-Men and Charlie's Angels film series, respectively. ... more on Wikipedia

City of Industry IS LISTED ON