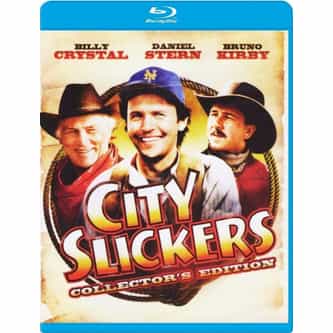 City Slickers is a 1991 American western comedy film directed by Ron Underwood and starring Billy Crystal, Daniel Stern, Bruno Kirby and Jack Palance, with supporting roles by Patricia Wettig, Helen Slater and Noble Willingham. The film's script was written by Lowell Ganz and Babaloo Mandel, and the film was shot in New York City; New Mexico; Durango, Colorado; and in Spain. The film's success spawned a sequel, City Slickers II: The Legend of Curly's Gold, which was released in 1994. ... more on Wikipedia

City Slickers IS LISTED ON