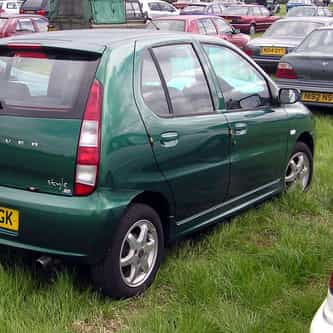 The Rover CityRover is a supermini car marketed by the British manufacturer MG Rover under the Rover marque, between 2003 and 2005. Launched in the autumn of 2003, the car was a rebadged version of the Indian-developed Tata Indica. Its interior space and performance were considered good for a small car in contemporary road tests, but its lack of quality, below par road handling and high price were not well received. Production of the CityRover ceased in April 2005, along with the rest of ... more on Wikipedia

Rover CityRover IS LISTED ON