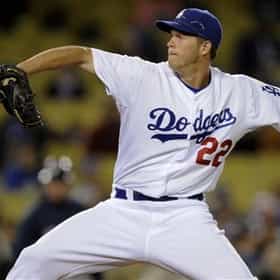 Clayton Edward Kershaw (born March 19, 1988) is an American professional baseball pitcher for the Los Angeles Dodgers of Major League Baseball (MLB). A left-handed starting pitcher, Kershaw has played in the major leagues since 2008, and his career earned run average (ERA) and walks and hits per innings pitched average (WHIP) are the lowest among starters in the live-ball era with a minimum of 1,000 innings pitched. Kershaw has a career hits allowed per nine innings pitched average of 6.61—the second-lowest in MLB history—along with three Cy Young Awards and the 2014 National League Most Valuable Player Award. He has been described throughout the majority of his career as the best ... more on Wikipedia

Clayton Kershaw is ranked on...

Clayton Kershaw is also found on...