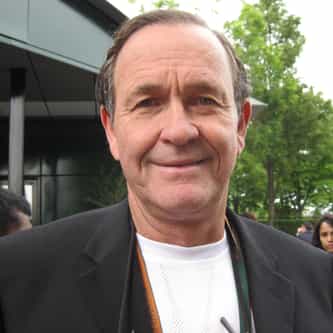 Eric Clifford Drysdale (born 26 May 1941) is a former top-ranked professional tennis player of the 1960s and early 1970s who became a well-known tennis announcer. Drysdale reached the singles final of the U. S. championships in 1965 (beating Dennis Ralston and Rafael Osuna before losing to Manuel Santana). He was one of the Handsome Eight, a group of players signed by Lamar Hunt in 1968 for the newly formed professional World Championship Tennis (WCT) group. He became President of the ... more on Wikipedia

Cliff Drysdale IS LISTED ON