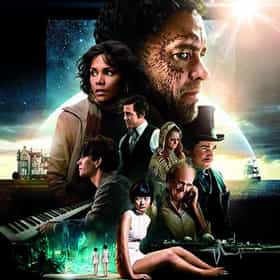 Cloud Atlas is a 2012 science fiction film written and directed by Lana Wachowski, Tom Tykwer and Andy Wachowski. Adapted from the 2004 novel of the same name by David Mitchell, the film has multiple plotlines set across six different eras. The official synopsis describes it as "an exploration of how the actions of individual lives impact one another in the past, present and future, as one soul is shaped from a killer into a hero, and an act of kindness ripples across centuries to inspire a revolution." Tom Hanks, Halle Berry and Jim Broadbent lead an ensemble cast. The film was produced by Grant Hill, Stefan Arndt, the Wachowskis and Tykwer. During four years of development, ... more on Wikipedia

Cloud Atlas is ranked on...

Cloud Atlas is also found on...