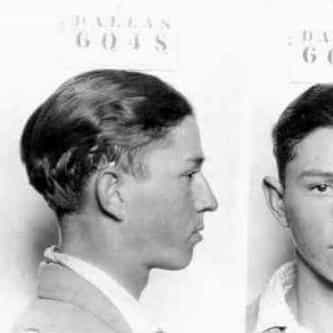 Clyde Chestnut Barrow (March 24, 1909 – May 23, 1934) was born in Ellis County, Texas, near Telico, a town just south of Dallas. He was the fifth of seven children of Henry Basil Barrow (1874–1957) and Cumie T. Walker (1874–1943), a poor farming family that emigrated, piecemeal, to Dallas in the early 1920s as part of a wave of resettlement from the impoverished nearby farms to the urban slum known as West Dallas. The Barrows spent their first months in West Dallas living under their

10.5k readers The Real Story Behind Netflix’s ‘The Highwaymen’

1.5M readers This Gruesome Photo Shows The Moment Bonnie And Clyde Were Riddled With Bullets

Clyde Barrow IS LISTED ON