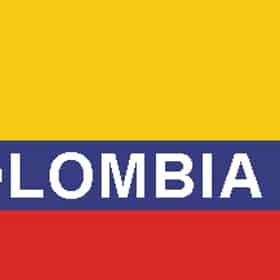 Colombia, officially the Republic of Colombia, is a country situated in the northwest of South America, bordered to the northwest by Panama; to the east by Venezuela and Brazil; to the south by Ecuador and Peru; and it shares maritime limits with Costa Rica, Nicaragua, Honduras, Jamaica, Dominican Republic and Haiti. It is a unitary, constitutional republic comprising thirty-two departments. The territory of what is now Colombia was originally inhabited by indigenous peoples including the Muisca, Quimbaya, and Tairona. The Spanish arrived in 1499 and initiated a period of conquest and colonization ultimately creating the Viceroyalty of New Granada, with its capital at Bogotá. ... more on Wikipedia

Colombia is ranked on...

Colombia is also found on...