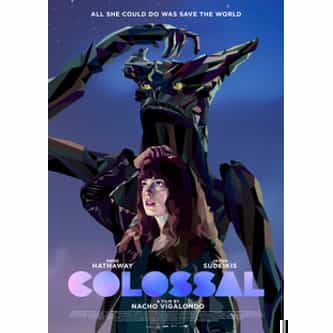 Colossal is a 2016 science fiction comedy film directed and written by Nacho Vigalondo. Gloria (Anne Hathaway) is an unemployed writer struggling with alcoholism. After moving back to her hometown, she learns that she controls a monster that wreaks havoc in Seoul, South Korea. ... more on Wikipedia

Battle of the Sexes

Colossal IS LISTED ON