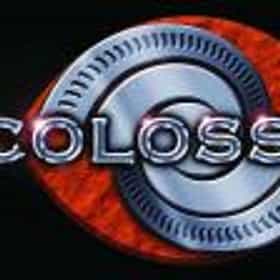 Colossus is a roller coaster at Thorpe Park in Surrey, England, and the park's first major attraction. It was built by Swiss manufacturers Intamin and designed by Werner Stengel as an adaptation of Monte Makaya in Brazil. Tussauds designer John Wardley adapted the project to include an extra two inversions as well as reducing its height. Colossus was the world's first roller coaster with ten inversions; an exact replica, called the Tenth Ring Roller Coaster, was later built at Chimelong Paradise in Guangzhou, China. It retained its title of having the most inversions on any other roller coaster in the world until The Smiler at Alton Towers took the record in 2013. Manufacturers Intamin ... more on Wikipedia

Colossus is ranked on...

#9 of 23 The Worst Amusement Park Rides To Get Stuck On 3k VOTES While uncommon, amusement park mishaps do happen and they occasionally leave innocent tourists trapped on rides for hou...