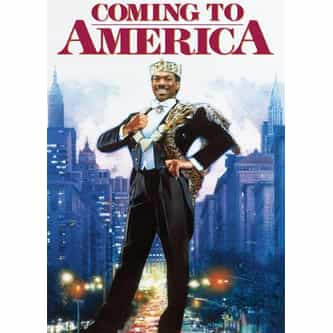 Coming to America is a 1988 American comedy film directed by John Landis, and based on a story originally created by Eddie Murphy, who also starred in the lead role. The film also co-stars Arsenio Hall, James Earl Jones, Shari Headley and John Amos. The film was released in the United States on June 29, 1988. Eddie Murphy plays African crown prince, Akeem Joffer, from the fictional nation of Zamunda, who comes to the United States in the hopes of finding a woman he can marry. ... more on Wikipedia

lists about Coming to America

16.8k readers After A Contentious Six-Month Production, It's A Miracle 'Coming To America' Even Exists

1.4k votes The Funniest Quotes From 'Coming to America'

Coming to America IS LISTED ON