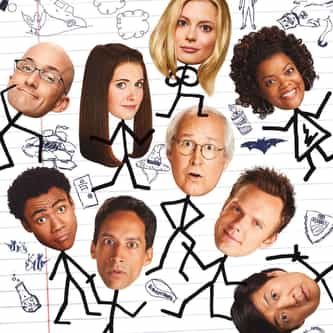 Community is an American television sitcom created by Dan Harmon that premiered on NBC on September 17, 2009. The single-camera series follows an ensemble cast of students at a community college in the fictional town of Greendale, Colorado. It makes heavy use of meta-humor and pop culture references, often parodying film and television clichés and tropes. Community has received acclaim from critics, being ranked in several critics' lists of the best television series in 2010, 2011, ... more on Wikipedia

4.9k votes The Best Community Characters of All Time

72 votes The Best Seasons of 'Community'

468 votes The Best Troy and Abed Moments on Community

141 votes Community Jokes You May Have Missed the First Time

Community IS LISTED ON