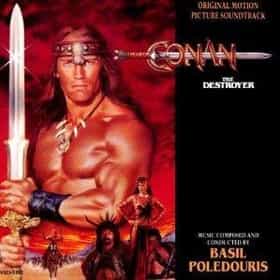 Conan the Destroyer is a 1984 American sword and sorcery/adventure film directed by Richard Fleischer, starring Arnold Schwarzenegger and Mako Iwamatsu reprising their roles as Conan and Akiro the wizard, respectively. The cast also includes Grace Jones, Wilt Chamberlain, Tracey Walter and Olivia d'Abo. It is the sequel to Conan the Barbarian. The film was moderately successful at the box office in the U.S., and very successful internationally, although critical response was not as strong as for the original film. ... more on Wikipedia

Conan the Destroyer is ranked on...

Conan the Destroyer is also found on...