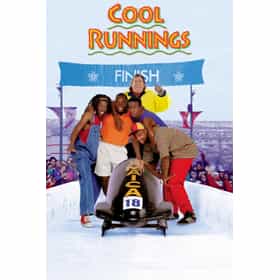 Cool Runnings is a 1993 American sports film directed by Jon Turteltaub, and starring Leon, Doug E. Doug, Rawle D. Lewis, Malik Yoba and John Candy. The film was released in the United States on October 1, 1993. This was the last film featuring Candy to be released in his lifetime. It is loosely based on the true story of the Jamaica national bobsleigh team's debut in the bobsled competition of the 1988 Winter Olympics in Calgary, Alberta, Canada. The film received positive reviews, and the film's soundtrack also became popular, with the reggae single "I Can See Clearly Now" by Jimmy Cliff reaching the top 40 in nations such as Canada, France, and the UK. ... more on Wikipedia

Cool Runnings is ranked on...

Cool Runnings is also found on...