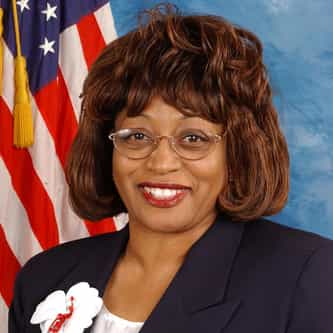 Corrine Brown (born November 11, 1946) is a former American politician who served as a member of the U.S. House of Representatives from Florida from 1993 to 2017. She is a member of the Democratic Party. After a court-ordered redistricting significantly changed her district, and a federal indictment, Brown was defeated in the 2016 Democratic primary by Al Lawson, who went on to win Brown's former seat.On December 4, 2017, she was sentenced to five years in prison and ordered to pay ... more on Wikipedia

Corrine Brown IS LISTED ON