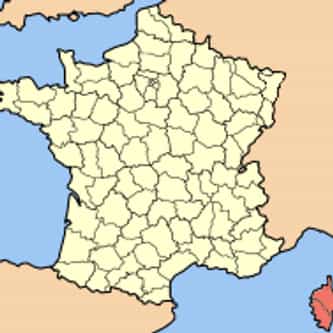 Corsica is an island in the Mediterranean Sea belonging to France. It is located west of the Italian Peninsula, southeast of the French mainland, and north of the Italian island of Sardinia. Mountains make up two-thirds of the island, forming a single chain. Corsica is one of the 27 régions of France, although it is designated as a territorial collectivity by law. As a territorial collectivity, Corsica enjoys some greater powers than other French régions but is referred to as ... more on Wikipedia

Corsica IS LISTED ON