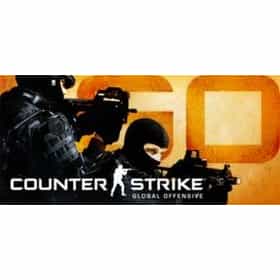 Counter-Strike: Global Offensive is an online tactical first-person shooter developed by Valve Corporation and Hidden Path Entertainment, who also maintained Counter-Strike: Source after its release. It is the fourth game in the main Counter-Strike franchise. Counter Strike Global Offensive was released on August 21, 2012, and made available for Microsoft Windows and OS X on Steam, Xbox Live Arcade, and a US-only version on PlayStation Network. The Linux version was released in September 2014. It features classic content, such as revamped versions of classic maps; as well as brand new maps, characters and game modes. Cross-platform multiplayer was planned between Windows, OS X and PSN ... more on Wikipedia

Counter-Strike: Global Offensive is ranked on...

Games Made With the Source Engine