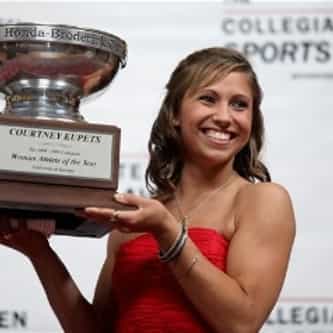 Courtney Anne Kupets Carter (born July 27, 1986) is an American artistic gymnast. She is known for her 2003 and 2004 national championship wins (with Carly Patterson as co-champion in 2004); her membership on the 2003 World Championships and 2004 Olympics teams; and her bronze medal on the uneven bars at the Olympics. During her time at UGA, from 2005–2009, the team won four NCAA national championships. In the 2009–10 season, Kupets was a student assistant coach to the team's new head ... more on Wikipedia

Courtney Kupets IS LISTED ON

who is ryan phillippe married to now, names that mean galaxy, isla fisher drowning, how many francesca's are there in the world, miami dade college notable alumni, what to do if stuck in elevator, life american tv series, top comedians of all time, famous black aries men, san quentin ca