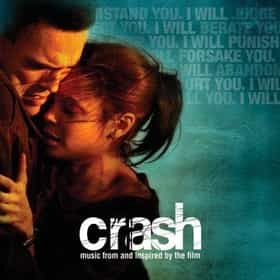 This movie is a 2004 ensemble drama film co-written, produced, and directed by Paul Haggis. The film is about racial and social tensions in Los Angeles, California. A self-described "passion piece" for Haggis, this movie was inspired by a real-life incident, in which his Porsche was carjacked outside a video store on Wilshire Boulevard in 1991. Several characters' stories interweave during two days in Los Angeles. The film differs from many other films about racism in its rather impartial approach to the issue. Rather than separating the characters into victims and offenders, victims of racism are often shown to be prejudiced themselves in different contexts and situations. ... more on Wikipedia

Crash is ranked on...

Crash is also found on...